Advantages of buying real estate on the Island of Krk 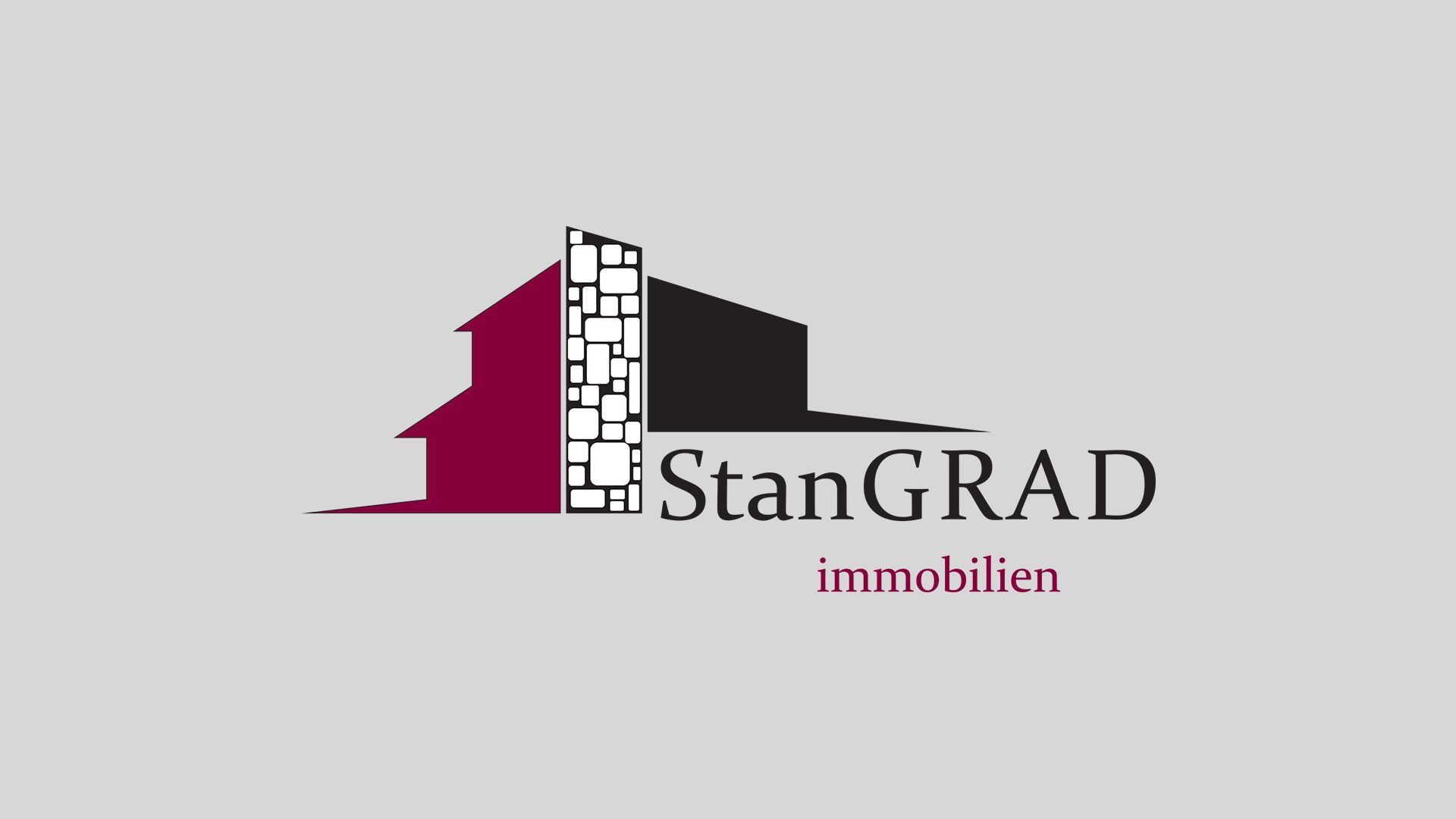 The steady growth of Croatia's popularity as a tourist destination causes uninterrupted growth of real estate sales especially in the most attractive part of Croatia, on the Adriatic.

Both domestic and foreign investors are increasingly investing in real estate along the coast. Some people buy or build apartments and houses for vacation and for their own use, and some are investing their savings in the construction of real estate that they plan to sell at a higher price and thus generate additional earnings.

On the Adriatic coast, one of the most popular destinations for buying and selling real estate is the island of Krk, which in the last years continuously has a steady increase in the number of tourists as well as the increase in real estate for sale. The island of Krk with its natural beauties and rich tourist offer is a leader among many other islands and is one of the most developed islands in Croatia.

To the development of the Island of Krk favoured mainly its close proximity to the mainland and the construction of the Krk Bridge in 1980, which is connected to the airport in Omišalj and the rest of continental Croatia. Therefore, it is ideal for short, weekend trips and for tourists from nearby countries, Slovenia and Austria, as well as for tourists from Croatia.

Here are the reasons why you as a person who is looking for real estate in the Adriatic, for private or business reasons, should consider the Island of Krk as an ideal destination for buying it.

General about the Island of Krk, geography, climate and vegetation, population density and tourist offer

The island of Krk is located in the northern Adriatic, in the central part of the Kvarner Gulf, and is the second largest (405.78 km2) Croatian island after the island of Cres. It belongs administratively to the Primorje-Gorski Kotar County and is divided into 6 municipalities (Baška, Dobrinj, Malinska, Omišalj, Punat and Vrbnik) and the City of Krk. Krk is the Croatian island with the most populated places, a total of 68, and has a dozen hamlets. By number of inhabitants, the most populated centres of the island are the City of Krk, Omišalj (which also includes the settlement of Njivice) and Malinska.

According to the 2011 census, the island of Krk has 19 286 inhabitants and the number of inhabitants is continually increasing, showing a population increase of 8% compared to the 2001 census. It has long been known as the "Golden Island" for many reasons. The mild climate, relief features and lush vegetation have inspired the population and the island of Krk became one of the most populous islands on the Adriatic. Thousands of settlements favoured to the diversity and the wealth of social and cultural heritage.

The climate of the Island of Krk is Mediterranean with mostly hot and sunny summers, mild and windy winters, warm and slightly rainy falls and pleasant spring. The mild climate with its karst and plain relief features favoured the development of lush vegetation. Therefore, over 1400 different plant species, dense forests and traditional Mediterranean cultures such as grapevines, vegetables and olives can be found on the island of Krk. In summer, the average air temperature is 26 ° C, while the average temperature of the sea is 24 ° C in the same period.

The bathing season on Krk lasts from May to September to which contribute 2500 sunny hours per year. This feature makes it one of the sunniest areas not only in Croatia but also throughout the Europe.

Krk is one of the Croatian islands that, apart from natural beauty, offers a diverse and rich offer of tourist facilities. The wide variety of attractions on the Island of Krk meets expectations of every visitor, so the island offers facilities related to history and cultural heritage, sports facilities, cultural entertainment, wellness packages and hotel offers for businesspeople.

Regarding historical and cultural heritage, it is important to mention that the first urban settlements on the Island of Krk date from the 6th century BC. The well-preserved remains of Roman and early Christian architecture from the early Middle Ages can also be found there. In the 7th century, the arrival of Croats on the present territory of the Republic of Croatia was recorded and on the Island of Krk the most significant historical evidence of the population was found; the medieval fortresses of the Frankopan princes of Krk and monuments written in the early Croatian alphabet called Glagolitic (Bašćanska ploča, Krčki natpis and Jurandvorski fragment) from the 11th century.

From the cultural entertainment offer it is important to highlight folk festivals, fishing nights, classical and entertaining music concerts, folklore performances during the tourist season and various exhibitions and theater performances. On the Island of Krk are also popular trips that are often organized using excursion boats and submarines.

Why to buy a property on the Island of Krk

Previously described characteristics of the Island of Krk have caused great interest both among Croatian and foreign investors for the construction and purchase of private and business real estate on the Island of Krk. The Island of Krk has good infrastructure, spatial planning and excellent traffic connections with the rest of Croatia, already mentioned by the Krk Bridge. Also, good road connections contribute to the built local roads linking island settlements. The airport in Omišalj allows you to arrive on Krk by air, and regularly operate the ferry lines to the neighbouring islands of Lošinj, Cres and Rab. Of course, there are daily bus services to the rest of Croatia.

Local authority units invest in the further development of infrastructure on the island, thus renovating and expanding squares, streets and walkways. Promenades and bathing resorts are being built or renovated, as well as pedestrian, and cycling trails throughout the island, new piers for nautical traffic and charging stations for electric vehicles. Additionally, a new and expanded existing water and sewerage infrastructure is being built and the network for electricity supply is expanded and improved.

In addition to the care about further infrastructure development, nature conservation is also present on the island, as local units are concerned about the development of islands and the preservation of nature when making spatial plans and decisions on further investments. Municipalities in which was mostly built in a given period introduce more restrictive construction conditions, to motivate the investors to start building in other municipalities.

Inhabitants take care of the purity of the sea and therefore 15 beaches have a Blue Flag and an adequate sorting and recycling of waste that is being treated by the company Ponikve Ltd. In mid-2016, as a joint project of all island local self-government units, eleven charging stations for electric cars were built along the entire island.

In addition to the aforementioned features, the advantage of buying a property on the Island of Krk are simple and fast administrative procedures conducted by the local government. If you are buying real estate on the Island of Krk, a fast and efficient local administration will give you a lot less headache than administration in the rest of Croatia. That's why you can quickly and easily register yourself as a real estate owner, and in a very short time, you can make a return on investment if you plan to rent your property.

Real estate rental on the island of Krk is extremely profitable given that the Krk island has for many years been one of the most popular tourist destinations for guests from Croatia and surrounding countries. On the island of Krk you can find a large property offer of different types, different quality standards and a wide range of purchase prices. As a rule, on Krk you cannot find real estate that is sold at a lower price than the market average because of the attractiveness of the destination and the fact that real estate prices have been growing steadily for twenty years. Therefore, you have to be willing to pay more prices because there is no cheap real estate on the island.

Higher real estate prices are also due to the quality of construction and materials used, but also because of the overall decorative environment in which the property is located. Most of the real estate is legally built and has proper ownership and technical documentation just because of the transparency and efficiency of institutions unlike the rest of Croatia. Also, the Island of Krk is located in one of the most developed areas of Croatia and in the part that is progressing at the highest speed from other regions, even real estate prices are rising.

The average real estate on the island of Krk is legal, of a good quality, in a good location (because there are no bad locations on the island of Krk), it is demanded and holds a high price that is slowly but surely growing. That is why it is no surprise that an increasing number of foreigners, driven by low interest rate savings in domicile banks, decide on individual or group savings through the acquisition of elite real estate on Krk.

According to the official statistics, on the Island of Krk, every year the number of tourists and their consumption increases, despite the continuous increase in the price of goods and services. That is why real estates can be put into tourist traffic and achieve a solid return, and can be sold relatively quickly in case of a need.

The Island of Krk is also known for many real estate agencies that make it easier for their clients to buy or sell properties. After you determine your strategy, budget, and goals you want to achieve with the purchase or sale of real estate, you can contact us and our experts will perform all administrative procedures for you, find property for you or a potential buyer and ultimately help you with the conclusion of a sales contract.

More about the benefits of hiring a real estate agency when buying or selling a property can be read here.

Copyright © 2023 STAN GRAD d.o.o. | StanGrad nekretnine na Realitica
Web by: NEON STUDIO Powered by: NEKRETNINE1.PRO
This website uses cookies and similar technologies to give you the very best user experience, including to personalise advertising and content. By clicking 'Accept', you accept all cookies.
More options
I accept